Meet Souhardya De, a young and promising author who is bridging the gap between the ancient and the present era 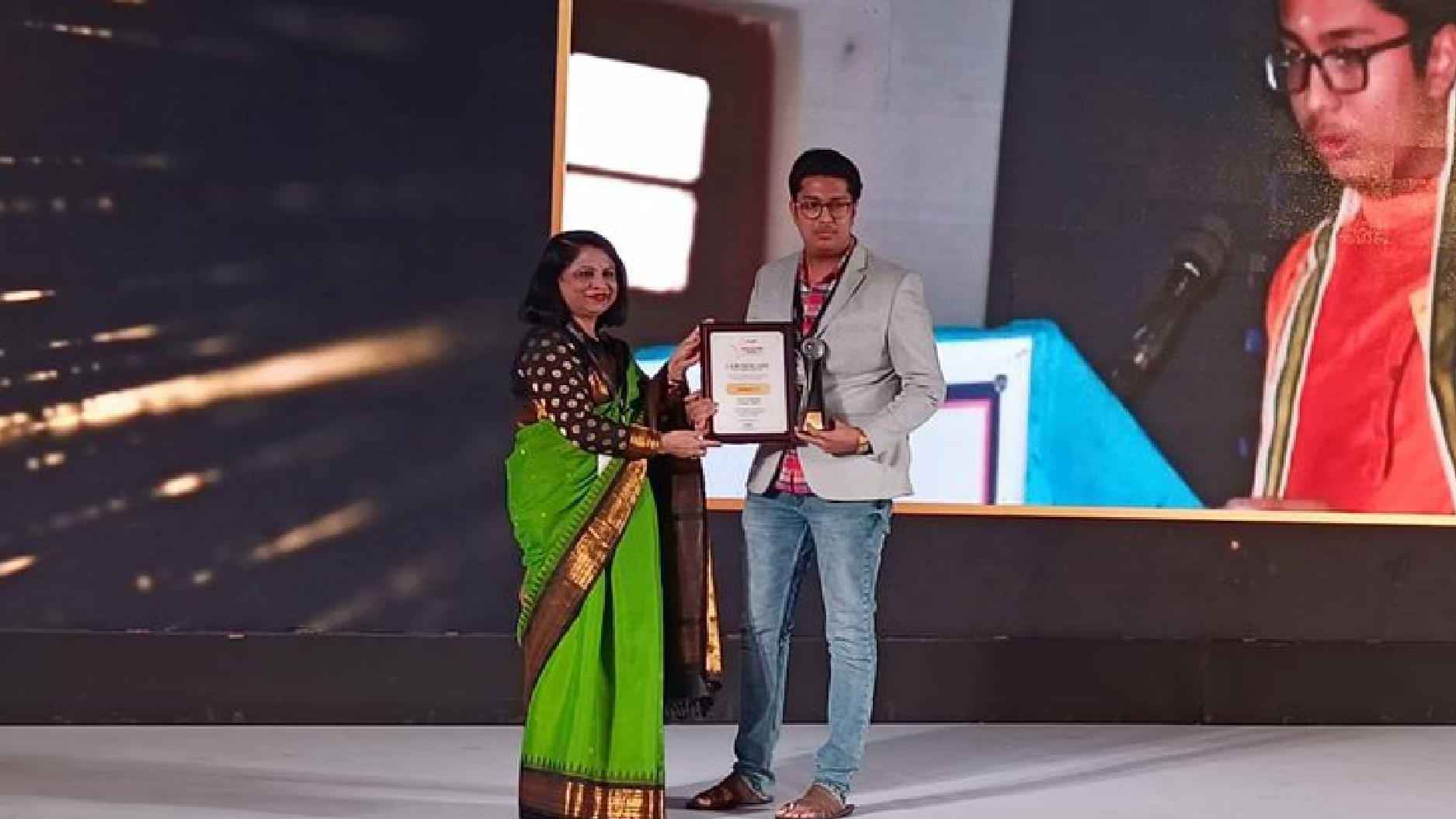 “Imagine being an acclaimed author writing on art and history at the young age of 16,” tweeted Prime Minister Modi while wishing a bright future to his young friend, Souhardya De.

While many aspire to be authors, few have the patience and perseverance it takes to become one. Souhardya belongs to the latter category. From being an author of historical fiction to an art and culture columnist, a podcaster and the youngest ever elected Fellow of the Royal Asiatic Society of Great Britain and Ireland, Souhardya has added numerous feathers in his cap.

Souhardya began his writing journey at the young age of thirteen with the intention of publishing his journals in the shape of a book. However, he was moved by the declining prominence of classical literature, heritage architecture and theology-centred sociological studies among the youth of today. This is what inspired him to dwell in exploring literary arts and to revive and revitalise them through the medium of literature.

Published Works on Art and History

His first book was published in 2017 under the title “The Scion of Suryavansh”. The book is a translation of the classical epic ‘The Ramayana’ in a poetic format. Two years later, “The Chronicles of Suryavansh”, a sequel to his first book, was published. The book was awarded by the India Book of Records 2020 since it is the first-ever English work to be authored on Ramayana in a dramatic format.

In 2021, he closed a deal with Rupa Publications, on a work of historical fiction that is centred around the Battle of Malwa fought between Akbar’s foster brother Adham Khan and the poetic Sultan Baz Bahadur in 1561. The book is scheduled to be published in the last quarter of 2022. 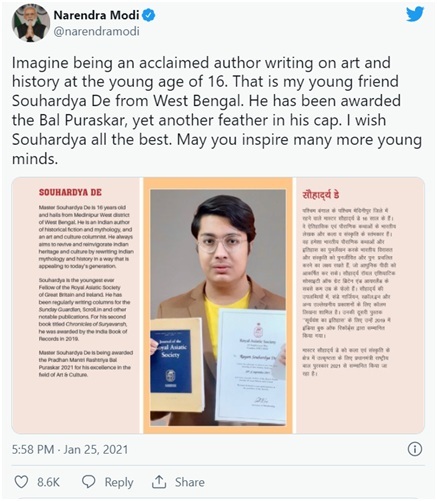 Souhardya has also been shortlisted among the 75 authors under the Prime Minister’s YUVA Mentorship Scheme, under the aegis of the Ministry of Education, Government of India. Being a Prime Ministerial YUVA Fellow, he is tasked to author a book on the unsung heroes of Indian Independence. The book which is expected to be out by August 2022 is centred around the role of the unsung Pratap Jung contingent in the Mutiny of 1857 at Lucknow. 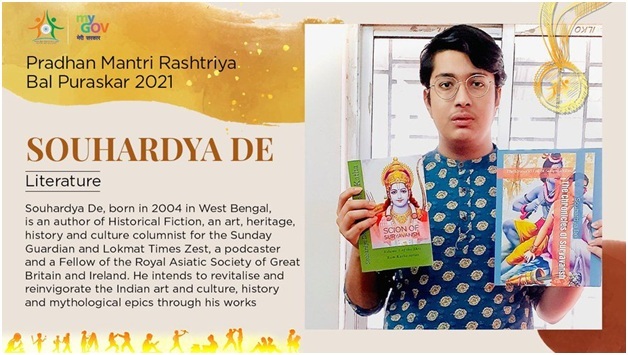 Besides authoring the aforementioned books, Souhardya has also undertaken research projects. So far, he has published a psychological analysis of the ‘Dying Princess’ painting at Ajanta, an analysis of the chronicles of the Graeco-Roman traveller and ambassador Megasthenes, a historical detailing of the classical city of Nysa near Kabul in Afghanistan, among others. He is currently working on two projects-- the ‘evolutionary naturalistic’ analysis in the societal organisation of the Aryans and the Egyptians and the theological analysis of Jayadeva’s famous classical work, Gita Govinda.

His works have also been published in several national dailies including the Sunday Guardian, the Statesman, the South China Morning Post, the Times of India, and Thrive Global.

Author Yuri Galbinst, in his recent publication titled “Storia del buddismo in Myanmar: Dal Mahayana al greco-buddismo”, cited his column and quoted his definition of the essence of Gandhara School of Art in a section in his book.

In 2021, President Ram Nath Kovind conferred upon him the highest civilian honour for Indians under 18, Bal Puraskar, for his contributions to Indian art and culture.  The same year, his article on Indian diplomatic efforts during the ‘Vande Bharat’ mission in the backdrop of the COVID-19 pandemic won him the Gold Award in the Royal Commonwealth Society of the United Kingdom. 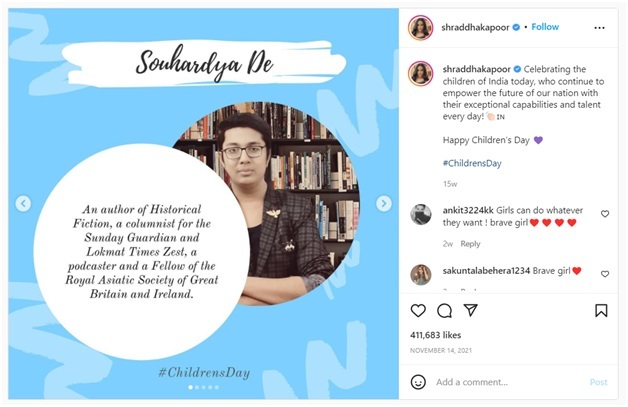 Furthermore, for his contributions to the revitalisation of Indian heritage amongst the diaspora abroad, through digital videos and online TED talks, he was presented with an honorary Colonelcy of the Commonwealth of Kentucky, by US Governor Andy Beshear.

Cosmographia – A Podcast on Ancient Tales

In a bid to popularise mythology and promote cultural integration between civilisations, Souhardya launched a podcast under the title, “Cosmographia: the Graeco-Romans, the Egyptians and Us”. The podcast is available on all major worldwide distribution platforms, including Gaana, JioSaavn, Amazon Audible, Apple Podcasts, Spotify, and so forth. Since the podcast was received well by the listeners, Souhardya is planning to launch season 2 of Cosmographia. The second season focuses on narrating the first-ever English translation of Kalidasa’sAbhijnanaShakuntalam entitled ‘Sakoontala’ (a translation by Sir MonierMonier-Williams, late Boden Professor of Sanskrit at Oxford).

Souhardya, along with others, co-founded Born Free, an anti-bullying initiative for teens. It is a networking place where the power of creativity (literary and artistic creativity) and social media comes into play to spread the word about bullying and mental health destigmatisation, in an attempt to create a positive change through policymakers and parliamentarians.

The initiative which is in the formative stages has a social media presence on Instagram. The team is willing to take the initiative on a larger scale under the yet to open NGO, Halfway Through. The NGO is expected to be up and running by June 2022.

Souhardya is a finalist for Most Promising Literary Talent because… his writings on history and art have aroused the interest of the youth of today in ancient cultural studies. Souhardya, at a very young age, has added several feathers in his cap and is determined to continue authoring books and columns, along with hosting podcasts, to bridge the gap between the ancient and the present era.