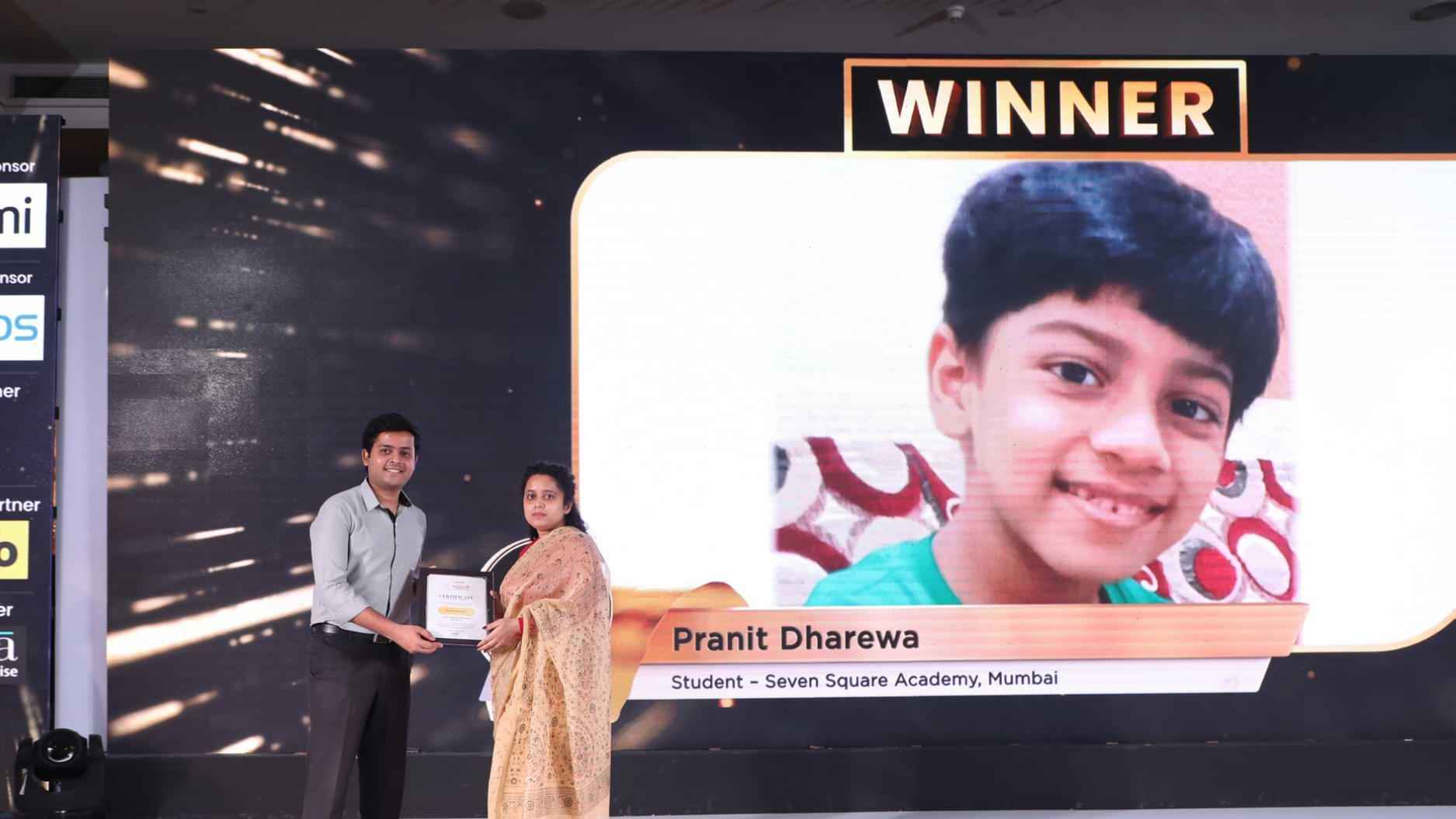 India is a country of dichotomy, where the biggest schools are also surrounded by slums and poor neighbourhoods from where kids can’t even afford to get a basic education. This divide between India and Bharat is what inspired Pranit – a 7-year student to take up online tutoring for slum kids. What started as a one-time activity has transformed into a regular practice wherein Pranit tutors over 30 kids from less fortunate economic backgrounds through virtual classes.

The idea of holding online classes for underprivileged students came to Pranit thanks to his father.  One day Kamal Dharewa (his father) shared about his life journey and how he used to take tuitions during his college years. While this was a general conversation, Pranit got inspired by his father and kept telling his parents that he too wanted to teach other kids and help them.  Pranit presently teaches more than 30 kids. He is working towards his goal of forming a chain of 1000 volunteers like him so this initiative becomes a movement where children become a changemaker, irrespective of their age.

Pranit teaches more than 30 children, for an hour every day, five days a week. Every night on weekdays, Pranit and his mother get together and compile a PowerPoint presentation for the next day’s class. He covers subjects like English Grammar, Maths, EVS, and GK, through Google meet. Pranit already has an understanding of how online teaching works because he had been studying digitally for a year now.

The work being done by Pranit is already bearing fruit as the kids learning from him have become more confident and their ability to understand concepts and share their learnings has also enhanced. Pranit’s online classes have also helped ignite a much-needed spark and liking towards academics and studies.

Through his mission called "Padhao India", Pranit is on a mission to create a chain of 1000 volunteers who can teach at least one less fortunate child around them. He is looking forward to spreading this initiative across India and having more than 10000 volunteers by next year.

Pranit Dharewa is a finalist for Most Socially-Relevant Initiative Because...at an age when most kids don’t even realize the importance of education for themselves, Pranit is helping kids from slum areas to get educated and is inspiring them to convince others to join them.