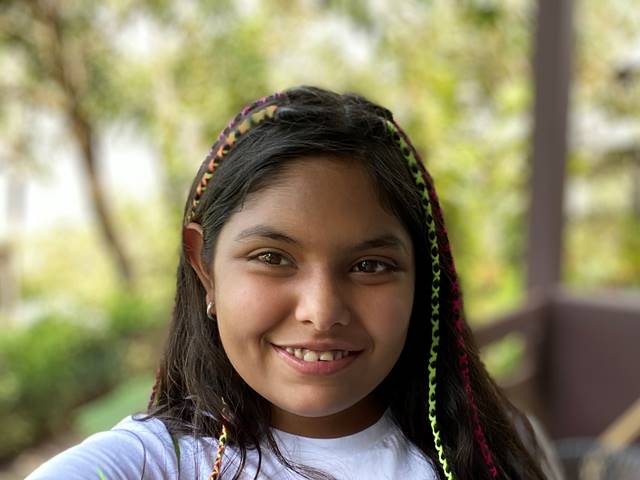 COVID-19 induced economic distress has aggravated menstrual woes for women as they abandoned sanitary napkins and switched to traditional homemade cloth pads which can prove hazardous. The most adversely hit vulnerable group were the women from tribal areas. In a bid to ensure the basic right to dignity for these women, Arushi Arora, a 15-year-old class 10th student of Shiv Nadar School, Noida, managed the distribution of sanitary pads to tribal women, as part of the Aahan Foundation.

While struggles and challenges faced by people during the pandemic, especially during the initial days of the lockdown in the urban areas are well documented and covered in mainstream media, not many know about the struggle faced by women from underprivileged backgrounds for getting something as basic as a sanitary pad, which is pivotal for their health and hygiene.

Arushi realized the importance of this issue and she, along with her team of volunteers, decided to collect sanitary pads for the underprivileged women. During interactions with the tribal girls, Arushi and her team soon realised that the help being provided by government agencies was not enough and Aanganwadi, a government organisation that was supposed to provide them with pads, didn’t do anything about it. As a result, everyone in the village started using their petticoats, old clothes or even leaves as pads. The situation was so disturbing and harsh that Arushi was compelled to do something about it.

As a part of Aahan foundation, she helped in managing the distribution of sanitary pads in the tribal areas of Jharkhand. She along with her team ensured safe delivery and proper distribution of the pads to girls. Being a leader at heart, Arushi also helped the Aahan Foundation partner with Bitwecan and Oxigen foundation for sourcing the sanitary pads. She raised more money through Bitwecan than she expected and the team was successful in sending 4720 pads in the first round.

After the campaign got some media attention, Aanganwadis also got active and started distributing sanitary pads among girl students and women in tribal areas. Later on, she also built a partnership with Pee Safe and sourced sanitary pads from them as well for free distribution among tribal girls.

Links to the media coverage:

To ease the menstrual woes of tribal women amid the pandemic, Aarushi worked relentlessly to keep the distribution chain undisturbed. When Aarushi was in Class 3rd, she volunteered for the organization and over a period of her association with the foundation, became empowered to stand for a cause that is still considered taboo in our society. Arushi is committed to helping the women of tribal areas to meet their basic sanitation needs in the post-COVID-19 era too.